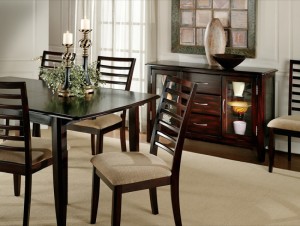 From film crew housing to temporary business projects, TP Corporate Lodging offers a comfortable and affordable alternative to extended hotel stays. By working with us as your corporate housing partner, you can house your team in fully-furnished luxury apartments conveniently close to your offices or work location, for a fraction of the cost of a hotel.

When trying to house a film crew for an extended shoot in Atlanta, Georgia, it doesn’t take long before lodging costs can cut deep into your budget. We can provide short-term corporate housing for production teams, crew members, and even cast members, allowing them to rest comfortably between shoots with all the conveniences of home.

The Film Industry in Atlanta, Georgia

Why is Atlanta film crew housing in such high demand? Since the State of Georgia began implementing film-friendly tax incentives in 2002 (and even more in 2008), the state has burgeoned into a hub for film and TV production, rivaling established production hubs like Los Angeles and New York.

Today, Atlanta is often referred to as the “Hollywood of the South,” with production companies, film studios and sound stages springing up all over the metro. Tyler Perry Studios currently makes its home in Atlanta, along with Pinewood Studios, known for filming the blockbuster Avenger films. The Walking Dead has filmed in Georgia for years, and it’s not uncommon to spot A-list actors roaming the streets. Atlanta also offers a wide diversity of filming locations, with backdrops that include the high-rises of downtown Atlanta and Midtown, the shops and green spaces of Buckhead, the banks of the scenic Chattahoochee River, the woodlands of the outlying suburbs, and much more.

As the Georgia film industry has become more established, film projects can hire local crews for many tasks. However, in many cases, the studio still needs to fly in film crew members and cast members from out of town, and these people sometimes need housing for weeks or months at a time while a production is in swing. Never is this truer than in television production projects, which may require several months to film an entire season. In these cases, hotels are too costly for most projects, and working with a real estate agent to procure housing may be overkill. Short-term corporate housing allows you to save your budget while creating a “home away from home” for your team members.

What should you be looking for when housing a TV or film production crew for an extended stay? Some factors to consider:

Hotels may work for stays lasting a few days, but when you’re asking a crew to stay on for weeks or months, living in a single room or suite can be quite cumbersome after a while — not to mention costly. When you house your team in a fully-furnished apartment (i.e., equipped kitchen, living space, bedroom, and decor), you’re providing more of a home-like environment where they can truly rest and relax between shoots. In doing so, you’re helping them be more rested, more productive, and more engaged on set.

No one has to tell you how grueling film production can be. When members of your crew have some downtime, they don’t need to be wasting more energy scouting around for groceries, dining options, or a local gym. Corporate apartments typically come with a full array of amenities like fitness centers, swimming pools, and lounging areas to help them blow off steam after a shoot. When the apartment is within walking distance to shopping and dining, it’s even more of a plus.

Close to the set

Another factor to consider with film crew housing is the distance to the sound stage, studio, or film location. You don’t want delays to your shooting schedule because crew members are stuck in traffic. Choose crew housing that is close to the action.

How We Can Help with Film Production Housing

TP Corporate Lodging has an extensive network of corporate housing locations all over the Atlanta metro, including locations close to the busiest production lots, sound stages, and filming locations. We have fully-furnished apartments in some of Atlanta’s most noteworthy luxury apartment communities, with a list of amenities that include fitness facilities (including classes), pools, grilling areas, dog parks, dry cleaning services, wi-fi access and more. Best of all, our apartments come fully decorated and furnished with equipped kitchens, stylish living areas, and comfortable bedrooms. These qualities help ensure your team truly feels like they have a home away from home.

Business Projects and Other Project Work

Of course, films and TV productions aren’t the only projects in Atlanta where you might need temporary housing. Atlanta is a huge commercial and business hub, and companies regularly need to house a team of people for a special project or endeavor. TP Corporate Lodging has had the privilege of working with numerous companies with their project needs since early 2000. No project is too big or too small. We can help you house one employee or several hundred. For less than a hotel that only provides only four walls, you can house your employees in a beautifully furnished apartment where they will feel comfortable going home at night, whether they’re staying for a few weeks or a few months.

The Solution to Short-Term Housing in Atlanta

When you consider the increased demands of most short-term project work — both for you and your team members — you can understand the value of working with a partner like TP Corporate Lodging for your temporary housing needs. No need to scour a bunch of travel sites or real estate listings to find enough lodging for your film crew or employees — we take care of all those details for you. Just let us know what your needs are, and we’ll make sure everyone on your team has a comfortable, convenient place to stay.

Whether you’re filming a TV series or launching a new Atlanta location for your company, let us make the process of finding temporary housing one less thing you have to be concerned about. To learn more about availability and locations, request a quote today.